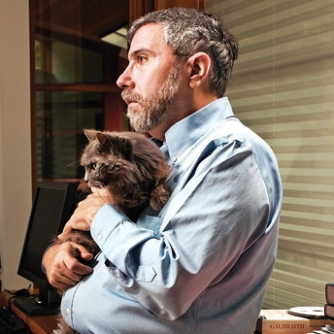 If you haven’t read or been forwarded an article showing that Hotlanta isn’t so hot when it comes to upward mobility, you must be one of the ones penny-pinching to get to the club in your beat up Toyota Celica. That hasn’t passed emissions. Lately, Atlanta has become the butt of every sociologist, urban planner, economists’ joke, including the honorable Paul Krugman who spared “Sprawlanta” no rod and beat us to a pulp.

“…And in Atlanta poor and rich neighborhoods are far apart because, basically, everything is far apart; Atlanta is the Sultan of Sprawl, even more spread out than other major Sun Belt cities. This would make an effective public transportation system nearly impossible to operate even if politicians were willing to pay for it, which they aren’t. As a result, disadvantaged workers often find themselves stranded; there may be jobs available somewhere, but they literally can’t get there.” – Paul Krugman

He couldn’t have been more right.  Of course, his claims came with great resistance from none other than yokels.  More specific, a sort-of-known host of a WSB radio show and Fox News contributor, Erick Erickson (fake name this guy says) voiced his pain over Krugman’s harshful words. Erickson says that Krugman should stop bashing Atlanta becuase,

“Atlanta is middle of the pack for Sunbelt cities. It’s more dense than places like Montgomery County, Maryland and Westchester County, New York, which nobody seems to have a problem with.”

So wrong, He listed the density of the City of Atlanta and not the 28-county metro area which CLEARLY was what Krugman was alluding to.  Also, no one has a problem with places like Montgomery or Westchester County because maybe they are exemplary jurisdictions that don’t really need density because:

1. They are NOT the main sphere of influence for D.C. and New York City respectively

2. Both counties rank in the top 20 wealthiest in the COUNTRY.

3. Westchester County developed WAAAAY before most suburbs. Atlanta is a new age city. They have three commuter rail lines that span three states while Atlanta has 0.

But density STILL doesn’t play in Atlanta’s favor when talking about mobility.  Krugman relayed heavily on our transit system that he claimed was inecffective because most lower-income residents can’t reach it to get to their jobs not near their home.  He was speaking on the Lithonia single mother who can’t get to her job in Kennesaw on time because she would have to take a bus, two trains, and another bus all equating to a three-hour trip because our system isn’t compatible together. So she drives, like everyone else here, and complains, INSTEAD, that traffic made her late. Apparently, Erickson still covers for Atlanta, er… Brookhaven perhaps, in saying that,

“Krugman clearly has no idea what’s going on in Atlanta right now, what both the business community and civic leaders are pushing for. I live in Brookhaven now and there are two large apartment developments going up right next to Brookhaven’s MARTA station. “

Maybe the clueless one is Erickson again because if we’re still talking about the city vs. the metro, Brookhaven would not be included. And two apartment complexes??? If they were groundbreaking enough as the BeltLine or Krog Street Market, which Erickson also mentions as projects ACTUALLY being done in the city proper, this blogger would’ve heard about it by now.  Brookhaven MARTA Station has to be one of the worst examples of TOD due to the recently-constructed mixed-use development complex known as Town at Brookhaven located ONE MILE from the station. There’s literally NOTHING adjacent to the station that you wouldn’t have to cross six lanes of traffic to get to .

In saying, Krugman is teaching us a valuable lesson, yet again.  Our knack of creating jobs in any particular location without thought of how we get there has once again put us in the bad spotlight.  It is bad when you can start from the bottom and make it to the top in Detroit easier than here.  It’s no wonder why much of the population is being sucked to D.C. or out West. I will say this, though. We have to make our voices heard because believe it or not, it is OUR commute, OUR city, and OUR metro.  We have the power to change and influence what gets built and where.  If we don’t have a say, we can’t make a change.  To Mr. Erickson, maybe it is YOU who should stop talking about Atlanta since you technically don’t live here.